Ok…hate is such a strong word. I don’t exactly hate them…I don’t hate anyone actually (not that I can think of ). However, the image below illustrates why they have fallen from grace, and shows what is fundamental wrong with them.

To explain, I just finished doing a fresh install of XP for a friend and am installing the pre-requisite stuff. Acrobat (PDF reader) was one of them, just because I needed something to read PDFs and that’s the first thing that comes to mind. So I google ‘Acrobat Download’ and am given a link that takes me to their download page. I click download and the screenshot captures what happens next (click to view fullscreen): 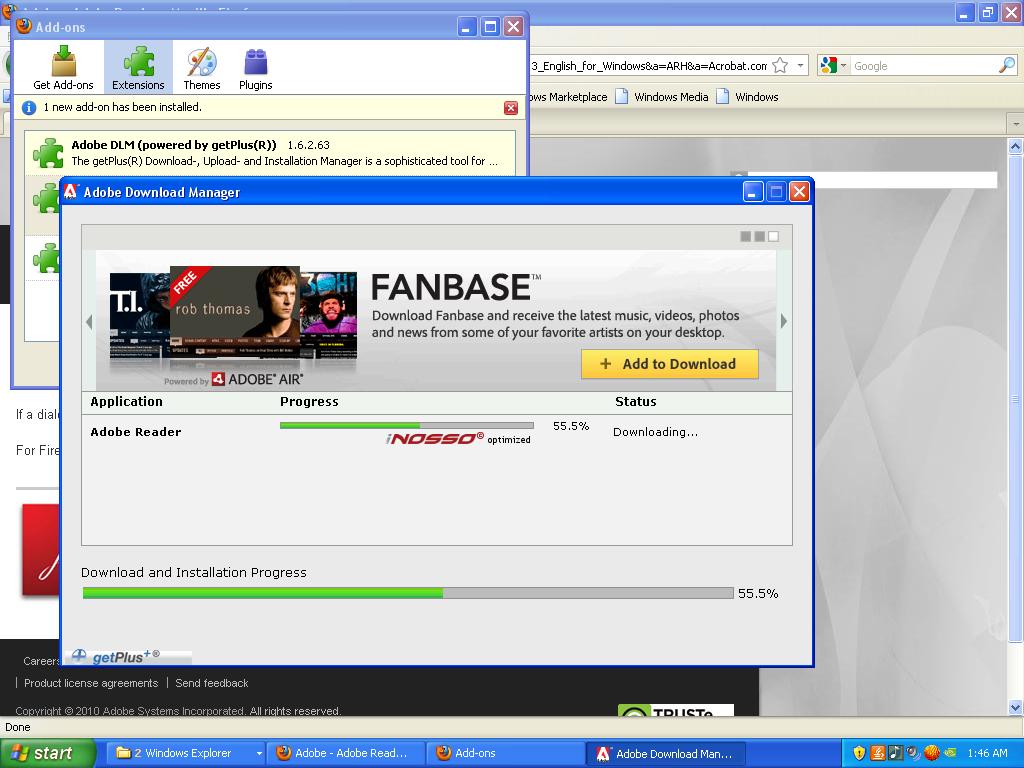 As you can see….they force me to download ‘Adobe Download Manager’ plug-in by ‘getPlus’ (who the hell is getPlus? – That’s rhetorical, I don’t know and don’t care they are also in my bad books) for Firefox. Then, I have to restart Firefox, which then loads Adobe Download Manager, which then hits me with a ton of banner ads that slide from side to side (that I can’t close or block) and, while downloading Acrobat – which I then have to install. On top of that, once acrobat is installed, they also installed ‘Adobe Air’. It could have been that they gave me the option to opt-out, but I was so pissed by this install process that I glossed over it, but it just made the entire process even worse.

Is Adobe joking? This reminds me of some shady ‘third-party’ app site. I will not be going through that process again, that’s for sure.

The worst part is, Acrobat isn’t even the best free PDF reader. Next time I will go with my usual default.

Adobe…stop worrying about Apple’s 3.3.1 change in their iPhone TOS and start focusing on your own customers and improving their experiences and lives. Maybe if you did that, and made Flash better people wouldn’t allow Apple to get away with the shafting they are now giving you and many other developers.