I made a comment in response to a blog post about the Apple vs Samsung case on Hacker News recently - that got a ton more upvotes than I thought it would have (and a few friends of mine encouraged me to write this post), so I thought I would post the jist of my thoughts here.
Apple wasn’t suing Samsung because they ‘copied’ one of their products. What Samsung has done is straight up IP (Intellectual property) theft.
There are many other companies that come out with many features in their products that Apple doesn’t sue. See Windows, Safari vs Chrome, iPod vs Zune, Adobe Premiere vs Final Cut Pro, most “ultrabooks” vs Macbook Air, etc. The issue here is that Samsung, HTC, et al. essentially have done what many manufacturers in China have done (and are still doing).
They acted like a hardware manufacturing partner - then using the inside knowledge they gained of the intimate architecture of the products, they reverse engineered them and competed directly.
That’s like you hiring a web developer to build your startup - and both of you build it to traction, and once you take all the risk and prove the market, (s)he leaves and builds a direct competitor using his insider knowledge. It’s the most insiduous kind of ‘IP stealing’ that exists.
So Apple’s response is perfectly rational.
If you had that done to you, and your ex-developer (in fact, he is still managing your codebase) is making a ton of money off of your ideas and IP in your market, I am sure you would be pissed too. The money is just sprinkling on top…and a definitive statement to other “partners”.
If you liked this, you should follow me on Twitter here.
The next time you think “I will start {X} another time. I have too much going on now….” consider this.
During the period when Albert Einstein wrote his 4 papers that revolutionized physics (including “The General Theory of Relativity”), he had a few things going in his life….including but not limited to:
Even despite these obstacles, he wrote 4 papers that fundamentally transformed physics and subsequently engineering.
Source - Einstein: His Life & Universe

You should probably follow me on Twitter.
I just came from lunch with Chad Cunningham and Gordon Swaby. We are trying to figure out, and put into words, the issues facing tech (more specifically internet/web) companies in Jamaica for a meeting with a government official coming up shortly.
After going through many scenarios of issues we face, the recurring theme always came back to the “small problems”.
Right now, all of the above are a headache in one way or another.
I have had to register a US-based Delaware Corp to get a US bank account to allow me to get a US payment processor account to process US-issued credit cards. All of that was easier (not easy) than working with the local banks. Not to mention that the local banks don’t process (the last I checked) Discover and American Express issued cards.
Gordon eloquently summed up our current problems with this phrase that I love so much that I had to write a post about it.
“Our biggest problem is the sum of our smaller problems.”
Once those problems are fixed, the last thing we need is for JAMPRO to tell the world that Jamaica’s tech industry is open for business.
Show investors that there is a clear path to liquidity via our Junior Stock Exchange and JSE (especially through a USD offering).
In short, we just need the government to streamline the basic issues that we have to deal with - i.e. the “small, every day problems”, and we will take care of the rest.
If you liked this post, you should follow me on Twitter here.

Update: I re-applied with additional information about my business and financial situation and they approved the visa for 2 - 3 years. 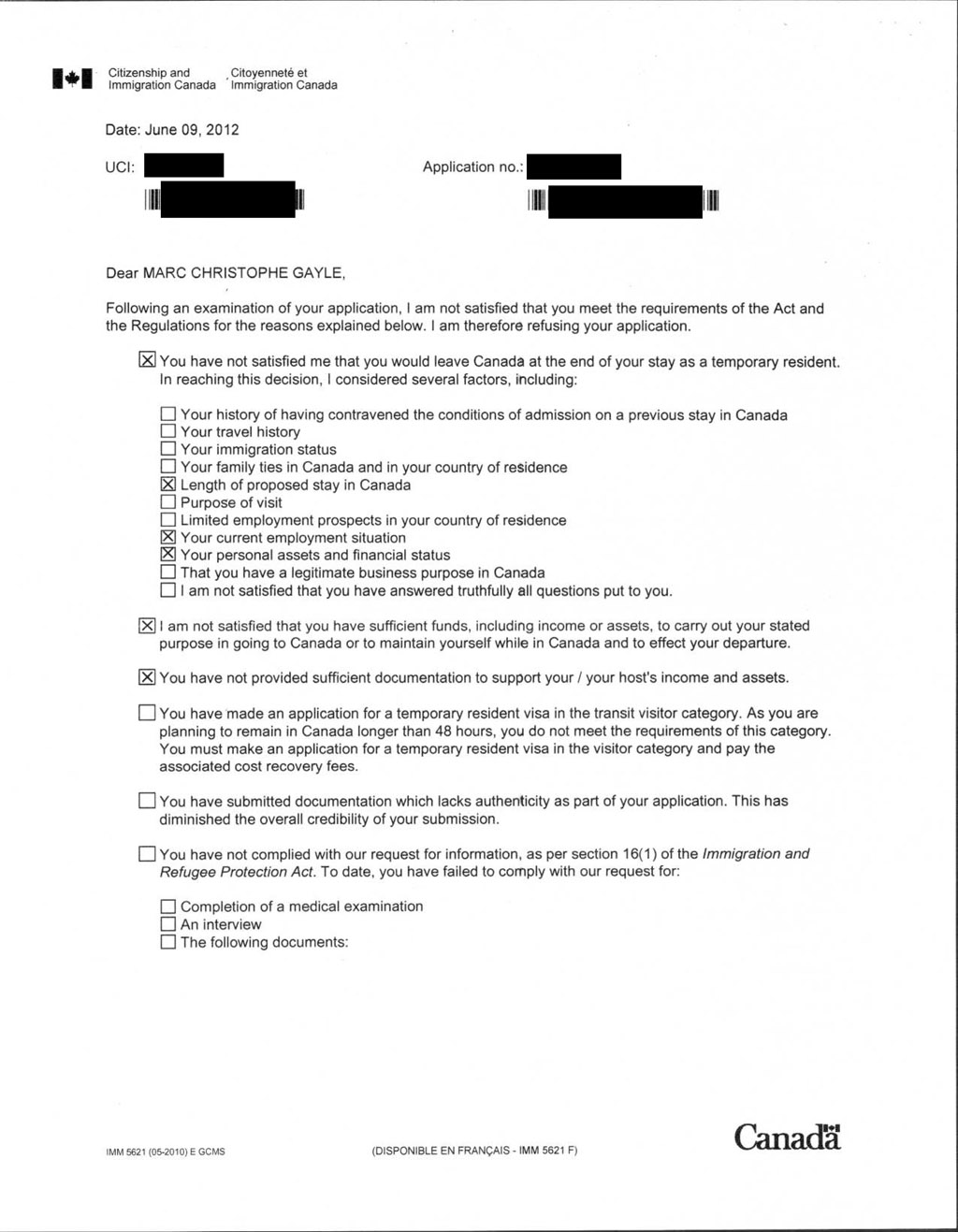 Commercial Paper is generally offered from 1 to 270 days.

That completely blows my mind. I am used to seeing 1-year, 10-year and 30-year maturities on bonds. But 1 day? WOW! That really shows you that they need the cash every day just to keep going.
So in the middle of the crisis, when they could no longer borrow for 1-day, they ran out of cash (literally overnight). They had to apply to the US gov’t for a temporary life-line.
If they didn’t get that, large sections of the company would have been in trouble (if not the entire company).
So that’s why it is better advised to focus on becoming cash-flow positive and not ‘just’ profitability.
I hope that helps with any confusion around this topic.
If you like this, you should follow me on Twitter here.

The act of accumulating a number (say ‘n’) of unread/unprocessed tabs left open in a browser window such that the next day rather than starting with 0 tabs open, you start with n.

Also can be summed up as: X = X + Y,
where X = the number of tabs open at the beginning of the day,
and Y = the number of tabs opened throughout the day.
This has become a major problem, so much so that when my browser crashes and I am forced to start over, I actually breathe a sigh of relief as I start from a fresh canvas.
Every single day I start the day with both my browsers looking like these two images:

Btw, these are tabs left open after I have sent those that I can send to my Kindle and closed those.
This is almost as bad as having an unwieldy inbox. But what is the solution to this?
I would love some help with this problem, because it is becoming more ridiculous by the day.
Help!
P.S. You can follow me on Twitter here.
Please don’t get me wrong. I am one of those people that supported your nascent campaign once you declared in Illinois. If I could have voted in 2008, I would have voted for you.
Even though I am not Congressman Wilson, I have to say it, you lied!
You have said that you would rather be a really good one-term president, than a mediocre two-term president.
As is evidenced from the way you recklessly managed the debt ceiling issue, you clearly had the 2012 re-election campaign in your sights.
The right thing for the country, and the world, would have been for you to stick to loose fiscal policy in the immediate-short term, and lay out a credible medium term plan for reigning in the deficits and paying down the debt once the economy has fully recovered. But you did just the opposite - with allowing the Republicans to cajoling you into short-term spending cuts and shirking the responsibility for the real tough decisions (like tackling social security, and medicare reform) to a Congressional Committee.
The ironic thing is, as you can see from the markets reaction, if the economy continues to deteriorate and slips back into a recession just in the nick of time of the next re-election - you will likely be the worst combination of what you wanted.
A mediocre one-term president.
That would be a travesty, because you had so much potential.
TL;DR - Legalize all illegal immigrants and have an open immigration policy that makes up for the shortfall in the workforce.
Long version
The way Social Security works is, every dollar you pay in taxes today, goes to paying the check for a retiree.
To get a full appreciation for the Social Security Problem, let’s run some quick math.
Let’s assume that each Baby Boomer is retiring at the age of 65. Also assume that each retiree lives for 30 years after retirement.
Also assume that each retiree is expecting to get $45K/year - which is likely to be VERY conservative, but, for simplicity’s sake let’s just use $45K/year.
Each retiree would have to be paid $45K * 30 years = $1.35M during retirement (let’s round it up to $1.5M to make it easier on the math).
Also assume that there is a gap of about 30 million people, meaning there are 30 million more people retiring (i.e. baby boomers) than there are replacing them (i.e. young people entering the work force for the first time) - and the gap could be wider, but for math’s sake, let’s go with that.
That means, it’s: 30,000,000 people * $1.5M = $45,000,000,000,000 (i.e. $30 Trillion)
This ignores the health care related expenses for those retirees. This is a major problem, and this is what people mean when they say that Social Security is ‘unfunded’. i.e. there is a chunk of retirees that have no one just entering the workforce that will support them.
Solution: Expand the workforce to be greater than the number of retirees. i.e. Legalize all the illegal immigrants and open the gates so anyone can come and work in America….up to a comfortable number over and above the number of retirees.
Obviously, I know there are political consequences to making a move like this and other repercussions, but if America’s leaders were honest enough about this solution they would start having this debate and figuring out how to solve it properly. This solution would also have to be done in tandem with other things like raising the retirement age, migrating from Defined Benefits to Defined Contribution, etc. But, by far, this solution would take care of the major driver of the problem - that more people are retiring than entering the workforce.
It really is that simple.