On the heels of House Democrats releasing yet another health reform bill, I stumbled across an interesting case study when government intervention in the marketplace (in the form of presenting a competitive option - e.g. the ‘feared’ public option) has the intended effect of significantly driving down costs and benefiting the consumer. [caption id=”” align=”aligncenter” width=”223” caption=”Taken by RyanWhiteHealth @ Flickr”] 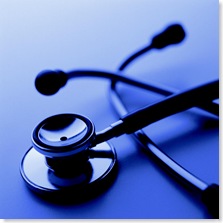