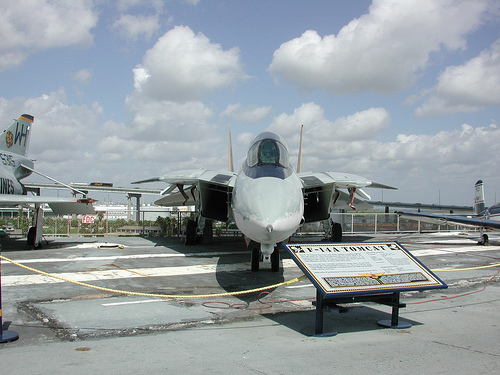 We all know that the US military is powerful, but I think it is easy to underestimate exactly how powerful they really are. US Secretary of Defense Robert Gates was recently giving a speech at the Eisenhower Library on the 65th anniversary of the allied victory in Europe. He was pitching the case for cutting down the size of the defense budget, and addressing the concerns of many that America will lose it’s strength if defense spending is overhauled. He was quite confident that that wasn’t the case. Here is a choice excerpt (note, I added the emphasis):

Finally, this Department’s approach to requirements must change.  Before making claims of requirements not being met or alleged “gaps” – in ships, tactical fighters, personnel, or anything else – we need to evaluate the criteria upon which requirements are based and the wider real world context.  For example, should we really be up in arms over a temporary projected shortfall of about 100 Navy and Marine strike fighters relative to the number of carrier wings, when America’s military possesses more than 3,200 tactical combat aircraft of all kinds? Does the number of warships we have and are building really put America at risk when the U.S. battle fleet is larger than the next 13 navies combined, 11 of which belong to allies and partners?  Is it a dire threat that by 2020 the United States will have only 20 times more advanced stealth fighters than China?

I am a military geek, so these numbers didn’t entirely startle me, but it did give me pause. To read the entire speech, check it out here. Upon reading this speech, it reminded me of an article that The Economist published some time ago. Choice excerpts are as follows:

THE Perseus, a 900kg (2,000lb) bomb made in Greece, incinerates almost everything in an area larger than a dozen football fields. Farther out, oxygen is sucked from the air and people may be crushed by a pressure wave. The inferno is similar to that caused by napalm—a jellied-petrol explosive heavily restricted by a United Nations weapons convention.

That was just the prelude. Here is a much more impressive excerpt:

On April 2nd 2003, during the second Gulf war, a hundred or so Iraqi armoured vehicles approached a far smaller American reconnaissance unit south of Baghdad. Responding to a call for help, a B-52 bomber attacked the first 30 or so vehicles in the column with a single, historic pass. It dropped two new CBU-105 bombs, and the result shocked the soldiers of both sides—and, soon enough, military observers everywhere.
While falling, the CBU-105 bombs popped open, each releasing ten submunitions which were slowed by parachutes. Each of these used mini rockets to spin and eject outward four discs the size of ice-hockey pucks.
The 80 free-falling discs from the pair of bombs then scanned the ground with lasers and heat-detecting infra-red sensors to locate armoured vehicles. Those discs that identified a target exploded dozens of metres up. The blast propelled a tangerine-sized slug of copper down into the target, destroying it with the impact and the accompanying shrapnel. The soldiers in the 70 vehicles farther back in the column surrendered immediately.

If I were in those vehicles with the Iraqi soldiers, I would most definitely surrender after witnessing that.
The economist article can be found here (but is only available to subscribers).
P.S. Image courtesy of cliff1066 on Flickr.